As you can see, much the same as I described in Beany's blog bio... in the FIVE years almost that we have had Beany & Eggy here with us, we've unfortunately not found time to sit and write up bios about each of them and their needs. Below is a poster we once wrote up to showcase their needs when we attended fundraising events...

In time I hope to find a gap where I can sit and work on more in depth bios for the babies :-)
PLEASE NOTE>>  Eggy used to be called "Eddy" but she preferes to be a "her" rather than a "him"... Don't believe us? Check out our videos etc at some point :) 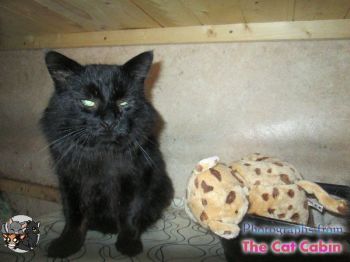 They both came from the same home, but due to the family recently having a baby they had to give up the cats as the baby developed an allergy to them.

Eddy has long black fur with grey highlights, he has problematic eyes due to having inverted eyelids and also is FIV positive.

He likes to sleep on top of the cat tree at play times, licky washes Wolfie and Chewie but isnt brave enough to attempt it on pum (dont blame him!) and seems to get along mostly well with Stitch but they dont seem particularly bonded.

He doesnt have a favourite toy but does enjoy playing with home made toys such as boys and string etc. 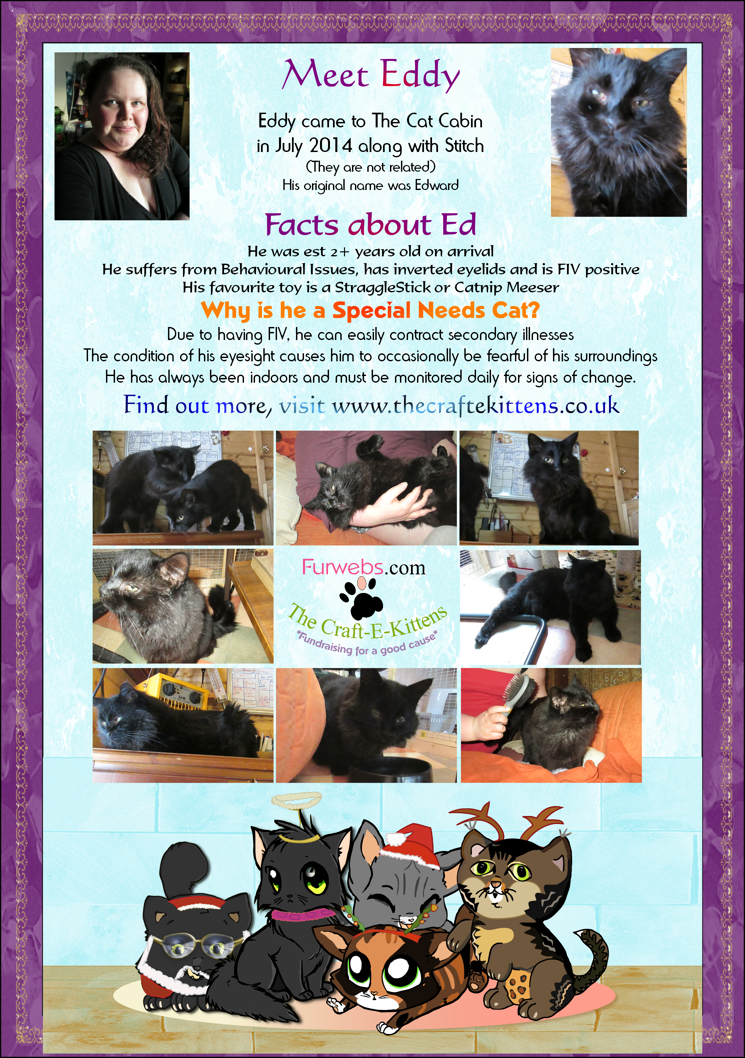